GROWTH OF CAREER EDUCATION IN THE U.S.

Home / Growth of Career Education in the U.S.

Growth of Career Education in the U.S. 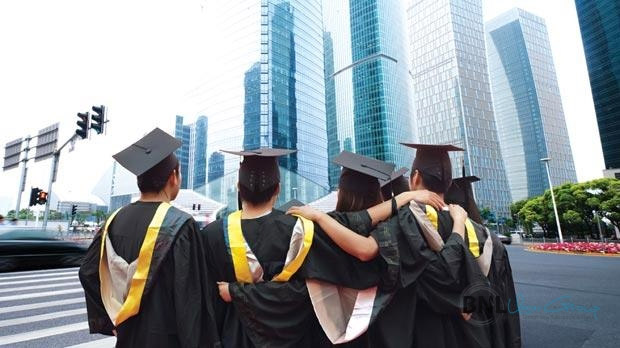 There’s an interesting – some would say confounding – contradiction between the reality and perceptions many people have about career education. Study after study has shown that career education – or more appropriately termed, Career Technical Education (CTE) – programs on high school campuses are beneficial to both college-bound and non-college-bound students. Yet those benefits seem to go unnoticed by a large segment of the population. CTE programs at community colleges – and even some four-year schools – are receiving greater funding and experiencing substantial growth. Yet many experts agree that greater investment is needed to bring CTE to its full potential. So, the good news is that the growth of CTE education in the United States is real. The not-so-good news is that the positive impact of that growth remains limited.

What is Career Technical Education?

CTE programs and courses can be found not only on high school, technical school and community college campuses, but also at career centers and four-year colleges and universities. CTE provides programs in 16 “career clusters” that include:

The need for CTE education is clear, and employers are making noise about it. They need skilled workers and there simply aren’t enough available. In fact, this Manpower Group study found that for the fifth consecutive year, skilled trades job positions were the hardest to fill globally. And according to a recent Deloitte study, of the three and one-half million manufacturing jobs likely to need filling between 2015 and 2025, two million are expected to go unfilled due to lack of skills workers.

How could this happen?

A Brief History of Career Education

The beginnings of career education can be traced back one hundred years to the Smith-Hughes Act of 1917 which provided funding to states for secondary vocational education in the areas of agriculture, homemaking, and trade and industrial education. The purpose of Smith-Hughes was to increase the nation’s competitiveness in the emerging industrialized global economy and to alleviate unemployment among urban youth. The success of Smith-Hughes and later related legislation and programs was, however, limited – often involving predominantly poor and minority students and leading to low-skilled and low-paying jobs.

The trajectory of vocational education changed beginning with the passage of the Carl. D. Perkins Vocational Education Act of 1984 and its subsequent amendments. Integration of more academic skills into vocational programs, partnerships between schools and businesses, and a shift in focus from single-job to a broader career perspective helped bring vocational education up-to-date. The term “vocational education” itself was replaced, first with “career education” and later “Career Technical Education.” All of these changes were met with solid but limited success.

Today’s global economy is driven by constant innovation that has resulted in a strong and growing demand for highly-skilled workers with the flexibility to apply their skills to meet constantly changing employer needs. CTE educators understand the modern job market and, working closely with business and industry leaders, are responding with rigorous programs designed to prepare students for high-demand jobs.

The results have been encouraging, to say the least. A recent study conducted by the Thomas B. Fordham Institute reviewed data from Arkansas programs and found that high school students with greater exposure to CTE:

Findings from several other studies have confirmed the success of CTE. Here are a few examples:

Almost from the start, vocational education has carried the stigma of being strictly for students without the knowledge, skills and – let’s face it – intellect to succeed in a postsecondary academic setting. In short, parents and students alike shared in the belief that vocational education programs put students on a career path to nowhere.

Notwithstanding the significant changes to curricula and the CTE rebranding, that stigma – incorrectly – carries on into the present. Parents today were raised in a culture that enforced the belief that career success – and public respect – depended on obtaining, at minimum, an academic degree from a four-year college or university. And that may have been true at one time. Things have changed significantly, however, and the success of CTE is one of the biggest reasons why.

There’s plenty that can be done to support the continuing success and growth of CTE, including:

Our member schools provide skills-based education opportunities to nontraditional students, particularly veterans, working mothers, and parents, to help them open doors and secure employment in today’s workforce. These schools equip students with the career skills they need to succeed – from allied health and nursing, to mechanics, welding, culinary arts, cosmetology, truck driving, veterinary medicine and beyond!